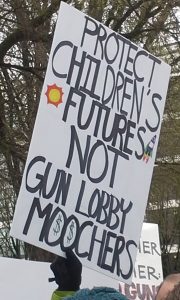 As people march against access to military-style assault weapons and begin to organize a voting campaign, it helps to see the data. While mass shootings, such as the one in the Parkland, Florida school, are a small slice of all gun deaths, it appears to be a tipping point for public policy. “Never again,” as the students say. There seems to be something wrong with having a generation of children growing up in fear that they or their friends might be killed while at school, a mall, a concert or  in a movie theater.

The data varies depending on how mass shooting is defined; the definition changed from at least 4 people killed to 3 people killed in 2013. It includes school shootings, as well as work shootings and other public settings (malls, nightclub, movie theater, churches, etc), but not killings associated with other crimes, domestic violence, or gang violence.  It may or may not include a killing spree. The dates included also can vary. One report begins counting from 1966 and another from 1982; the earlier start date reports more shootings and fatalities.

“In the 50 years before the Texas tower shooting (August 1, 1966), there were just 25 public mass shootings in which four or more people were killed, according to author and criminologist Grant Duwe.”

They summarize the data since 1966: 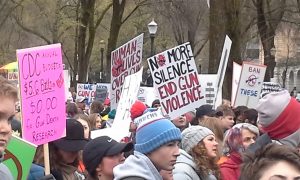 Time Magazine published 35-years of mass shooting data at the end of 2017 and present it as a single chart—a big chart. It includes the number killed as well as the number wounded in each shooting. Click Here: http://time.com/4965022/deadliest-mass-shooting-us-history/

The data was compiled by Mother Jones. The Time Magazine includes this note:

“As Mother Jones‘ Mark Follman notes, the actual number of fatalities is probably higher. A 2013 federal mandate authorized by President Obama lowered the definition of a mass shooting down from four victims to three, which led to more of these shootings being tracked, but there may be earlier ones that are not included. The chart also does not include the thousands of killings each year in which there were fewer than three fatalities.”

The Mother Jones data set can be found here:

“In July 2012, in the aftermath of the movie theater massacre in Aurora, Colorado, Mother Jones created the first open-source database documenting mass shootings in the United States. Our research has focused on indiscriminate rampages in public places resulting in four or more victims killed by the attacker. We exclude shootings stemming from more conventional crimes such as armed robbery or gang violence. Other news outlets and researchers have published larger tallies that include a wide range of gun crimes in which four or more people have been either wounded or killed. While those larger datasets of multiple-victim shootings may be useful for studying the broader problem of gun violence, our investigation provides an in-depth look at the distinct phenomenon of mass shootings—from the firearms used to mental health factors and the growing copycat problem. Tracking mass shootings is complex; we believe ours is the most useful approach.” 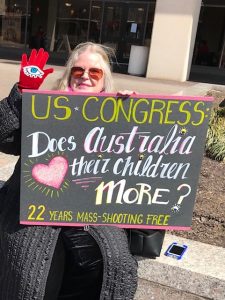 A ban on military-style weapons and other restrictions on gun ownership (like age restrictions, drug testing, or requiring training and licensing as we do to drive cars) may not be a guaranteed 100% protection–although the assault weapon ban in Australia seems to have been very effective.  However, it seems reasonable to assume that making it harder to obtain an assault weapon will stop some mass shootings. And in the world of public policy, better is often as good as it gets.

Comparison of gun ownership among developed nations might also provide insight into the gun violence in the U.S. See data at Australian research site gunpolicy.org.