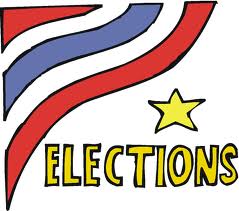 For political junkies, there are several websites that provide useful data.
One is a site that tracks voter participation. The percent of eligible voters who are actually participating in primaries is rarely reported in the news stories. Some wins are just not representative of many voters.
It can be found at: U.S. Elections Project
It is maintained by Dr. Michael McDonald, an Associate Professor at George Mason University. This is a great public service. Thank you! He also provides participation tables on primaries and general elections for even years from 2000-2010. With this data, you can determine whether voter participation is different in 2012 than in prior years, if you are looking for a research project.
You would need to look at other sources to find out who won those primaries though. The NY Times provides a table of the delegate counts, which shows who won. Another interesting research project is to try and determine whether there is anything about the percent of voter turnout and who wins.
Another interesting site is Center for Responsive Government, also called Open Secrets. Take a look at this: Money: 2012 Presidential Candidates. You can find out how much has been contributed, what percent by small donors, and how much has been spent.
I was surprised to see that Pres. Obama has raised almost $140 million so far, compared to $62 million by Romney. I was also surprise to see that Ron Paul is in third place in terms of contributions, with $30 million. Lagging behind is Santorum, with just over $6 million. Some who dropped out had raised more than Santorum: Bachman raised $9 million, Cain raised $18 million, and Perry raised $20 million.
Another interesting factoid is the percent raised from small individual donors. Obama (47%), Paul (47%), Santorum (49%) and Gingrich (48%) are from small donors, while Romney shows 10%. Three who dropped out: Perry raised 6% from small donors while Bachman raised 52% and Cain raised 53%.
The site also shows money spend by Outsiders–the SuperPacs: SuperPacs
And then they list the top donors to the 2012 Presidential election. Top Donors 2012 election
Given that Obama has raised the most money, it is not surprising that many of the top donors are giving to Democrats. What surprised me is that Bain Capital, which I thought was Romney’s company, has donated mostly to the Democrats. While it is true that big donors often back who they think will be the winner, this strikes me as odd and I am trying to figure it out. I will let you know what I find out.
The Open Secrets site has a lot more information: earmarks, for example. Earmarks How much does your state get?
Both of these sites provide a great public service. Thank you!