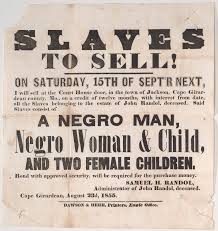 The CSA Constitution uses the exact same words as Amendment X of the U.S. Constitution: The powers not delegated to the United States (substitute Confederate States) by the Constitution, nor prohibited by it to the States, are reserved to the States respectively, or to the people.  My interpretation is that if the war was really about states’ rights, the CSA Constitution would have given states the right to object to federal laws and to have the right to pick and choose which federal laws they followed. It did not.

The key difference between the two Constitutions was about the right to own “negro slaves.”  The U.S Constitution never granted the right to own slaves nor did it prohibit it; in fact, it never mentions “slaves” or “slavery.” It did give the federal government the right to limit importation of people after 1808, and it did allow states to count 3/5th of “all other persons” to determine the number of seats the state had in the House of Representatives. The art of compromise was alive and well back in 1787. The CSA continued the practice of counting “3/5ths of all slaves” in determining the number of seats.

In terms of slavery, CSA Constitution added two significance clauses to the words they took from the U.S. Constitution:

Clearly, these additions show that slavery was the key issue for the CSA and they hoped to assure slavery forever.

More to the point of understanding the thinking at that time about the need to secede comes from what the CSA’s political leaders said.  The former U.S. Senator from Georgia and a founding father of the CSA Robert Toombs said this in his departure from the U.S. Senate: “We want no negro equality, no negro citizenship; we want no negro race to degrade our own.”

Jefferson Davis explained why his state had seceded in his statement when leaving the U.S. Senate to become the President of the CSA:

“It has been a conviction of pressing necessity — it has been a belief that we are to be deprived in the Union of the rights which our fathers bequeathed to us — which has brought Mississippi to her present decision. She has heard proclaimed the theory that all men are created free and equal, and this made the basis of an attack upon her social institutions; and the sacred Declaration of Independence has been invoked to maintain the position of the equality of the races.”

Confederate Vice President Alexander Stephens delivered a speech on March 21, 1861, a few weeks before the Confederacy would start the Civil War by firing on the U.S. Army at Fort Sumter. In what has been called the Cornerstone speech, Stephens explained the fundamental differences between the Confederacy and the United States:

“Our new Government is founded upon exactly the opposite ideas; its foundations are laid, its cornerstone rests, upon the great truth that the negro is not equal to the white man; that slavery, subordination to the superior race, is his natural and normal condition.”

“The new Constitution has put at rest forever all the agitating questions relating to our peculiar institutions—African slavery as it exists among us—the proper status of the negro in our form of civilization. This was the immediate cause of the late rupture and present revolution.”

So, those are the facts.

Opinions and interpretation of the facts are different from the facts themselves.

In my opinion, I believe that Lincoln was right to try to heal the wounds of the civil war, “with malice towards none and charity for all.”  He chose not to jail or hang the leaders of the CSA. However, it seems to me that we have not come to terms with the great wrongs that were done. It is perhaps why so many people view the Confederate flag as a symbol of white supremacy and a rejection of the Declaration of Independence. In my opinion, the Confederate flag it is inherently anti-American.

I don’t know why Thomas Jefferson, a slave-owner, was inspired to write “We hold these truths to be self-evident, that all men are created equal, and are endowed by their creator with certain inalienable rights; that among these are life, liberty and the pursuit of happiness.”  I suspect it reflects the deep divide between the high ideals he believed in and the reality he lived in; an inner conflict that he never resolved.

But those ideals define who we are as a nation and the goals we continue to strive for. We desire to bring our country into alignment with our ideals and end the inner conflict that has tortured us for hundreds of years. Perhaps we are long overdue for a truth and reconciliation commission so we can find our way to fully becoming “we the people.”  And yes, this is what an opinion or a feeling expressed looks like.