PEW just published survey results on views about the government’s role in reducing obesity. Basically, the PEW survey found that people opined that obesity has an impact on society, but did not see much of role for government action. PEW summed it up: Yes to Calories on Menus, No to Soda Limits.

PEW writes: “Most Americans (69%) see obesity as a very serious public health problem, substantially more than the percentages viewing alcohol abuse, cigarette smoking and AIDS in the same terms. In addition, a broad majority believes that obesity is not just a problem that affects individuals: 63% say obesity has consequences for society beyond the personal impact on individuals. Just 31% say it impacts the individuals who are obese but not society more broadly.” 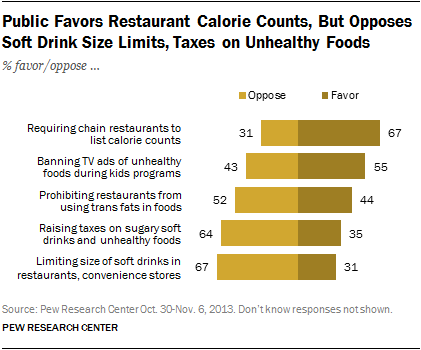 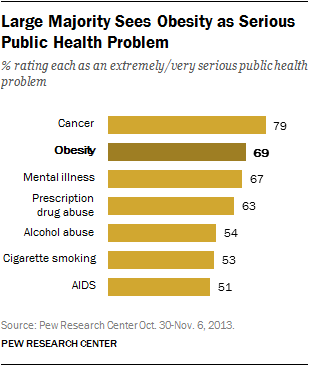