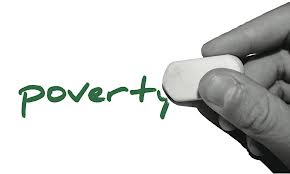 Nicholas Kristof wrote an OpEd piece in the NY Times (january 8, 2104) looking at the efforts by the federal government to end poverty.  Find is article:Click Here

“A Columbia University study suggests that without government benefits, the poverty rate would have soared to 31 percent in 2012. Indeed, an average of 27 million people were lifted annually out of poverty by social programs between 1968 and 2012, according to the White House Council of Economic Advisers.

The best example of how government antipoverty programs can succeed involves the elderly. In 1960, about 35 percent of older Americans were poor. In 2012, 9 percent were. That’s because senior citizens vote, so politicians listened to them and buttressed programs like Social Security and Medicare.

In contrast, children are voiceless, so they are the age group most likely to be poor today. That’s a practical and moral failure.”

He points to a new book:  “Legacies of the War on Poverty,”

“Critics are right that antipoverty work is difficult and that dependency can be a problem. But the premise of so much of today’s opposition to food stamps and other benefits — that government assistance inevitably fails — is just wrong. And child poverty is as unconscionable in a rich nation today as it was half a century ago.”

I am not sure what he means by dependency and the extent to which it is actually a problem. I have not seen research demonstrating this but then I am not big on a single cause  to complex problems that cross social, economic, political, and psychological boundaries. 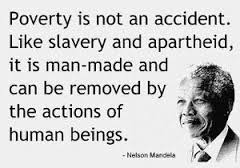 But as a value–yes, in the richest country, it is unconscionable that we have communities where the poverty rate is above 30 percent. For me personally, no family should be raising kids in poverty. It is simply wrong–wrong for them and wrong for the rest of us.  Yes, many children are remarkably resilient and are super-heroes that overcome all obstacles and there are many inspirational stories. But we never know what they could have achieved if they did not have to first overcome those obstacles that slowed them down. And I am not sure we should expect super-human strength and skills–poverty can undermine the best of us, and other forces, such as systemic racism and a weak economy (no jobs), put too many people in situation where they cannot overcome the barriers, no matter how motivated or smart they are. If there is only 1 job available and 100 applicants, the 99 who do not get it might be just as smart, talented, motivated and deserving as the the 1 that go it. The 1 that got the job may have gotten lucky solely by looking like the hiring official’s son or daughter.