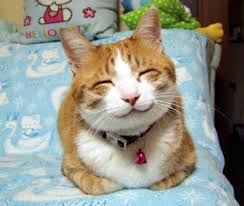 The article described several studies. You can get a sense of the challenges by looking at the different measures and methodologies. For example, “One study analyzed the emotional content of more than 430 million words entered in the Congressional Record over 18 years. Liberal-leaning politicians, the researchers found, were more likely to use positive words and no more likely to use sad or negative words.”

“Political ideology in the study was defined by the speaker’s voting record or party affiliation.

The study also examined publicly available photographs of 533 members of Congress, finding that conservative politicians were less likely than liberals to display smiles involving facial muscles around the eyes, a measure that previous research has found to be associated with genuine emotion.”

Still, one of the researchers, Professor Ditto, noted that the studies could not definitely answer the question of who was happier.

“You get into sort of philosophical territory here,” he said. “If you say that you’re happy, are you really happy? That’s where I think interesting future directions go.”