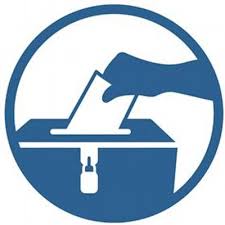 Clinton won a small victory in the popular vote, but no one won a majority.  What gets ignored is the additional 7% who voted for someone other than Clinton or Trump. When combined with the Clinton voters, 54.5% of those who voted did not vote for Trump.  Trump had even less support when looking at all of the eligible voters. He won just 27% of the eligible voters. 73% did not vote for him–either because they voted for someone else or decided not to vote at all.

Now, let me be clear, it does not de-legitimatize Trump’s Presidency. There is no requirement that a President win a majority and many have not, including George W. Bush in 2000 and Bill Clinton in 1992. What does count is the Electoral College, which Trump did win.

However, it is a distortion to present Trump as a “big winner”; there was no landslide here.  In the political science world, there is the desire to view presidential elections as mandates. And when a candidate does win a landslide–say 60% or more–an argument could be made that the President has a mandate for his agenda.  Given the reality of the 2016 election, a cautious approach to find policies that would appeal to the majority of people would have been prudent. That is not what happened. The resistance was predictable given these numbers.

The weak support for both major party nominees can be seen in the primary system in which so few people actually participated. According to an August 1, 2016 article by Alicia Parlapiano and Adam Pearce published in the New York Times, “About 60 million voted in the primaries, about 30 million in the Democratic and Republican primaries.”  That comes to about 26% of all eligible voters, Of those, they state, “about half voted for someone other than Trump or Clinton.” So, about 13% voted for Trump or Clinton in the primaries. Think about it: 13% of the eligible voters decided the 2016 major party presidential nominees.  Wow! The authors come up with a 9% figure, but in either analysis, we are looking at a very small percentage having a huge voice. See article:Click Here

The Federal Election Commission has not posted the final numbers for the 2016 election yet.  I have pieced data together from CNN, The Election Project, and NY Times articles. In some cases, I have done the math myself. The percents are likely to change slightly once the final data are reported, but the pattern will not.